One thing is certain when it comes to these little cute pictograms that we overuse daily to express ourselves: they become one of the most important tool in digital communication.

Nevertheless, beyond this axiomatic purpose, emojis are being inflected in other areas such as art, contemporary artists seeing in this linguistic image a unique aesthetic.

So is emoji the artistic symbole of the 21st century, or artists are just playing with it, lacking inspiration, or maybe trying to be funny?

I’ve gathered a few examples to illustrate the emoji art and I have also analyzed them, trying to stay as objective as possible. But first let’s see how emojis got into the art business 🤑.

Shigeta Kurita designed in 1999, for NTT DoCoMo (main mobile phone operator in Japan) 172 emojis, built to make digital communication easier and also to boost, by this original feature, the sales of the product. Practical purposes, financial gains, renown of the company… but no one seems to have thought of art. They probably saw the light in 2016 when MoMA added the NTT DoCoMo’s emojis to their collection.

So is MoMA a trendsetter determining artists to follow its lead or it goes the other way around, artists showing to museums that these digital pictograms can be considered as a new type of art ?

One year before this acquisition, in 2015, Yung Jake used emojis as a brushstroke, creating portraits with http://emoji.ink/. 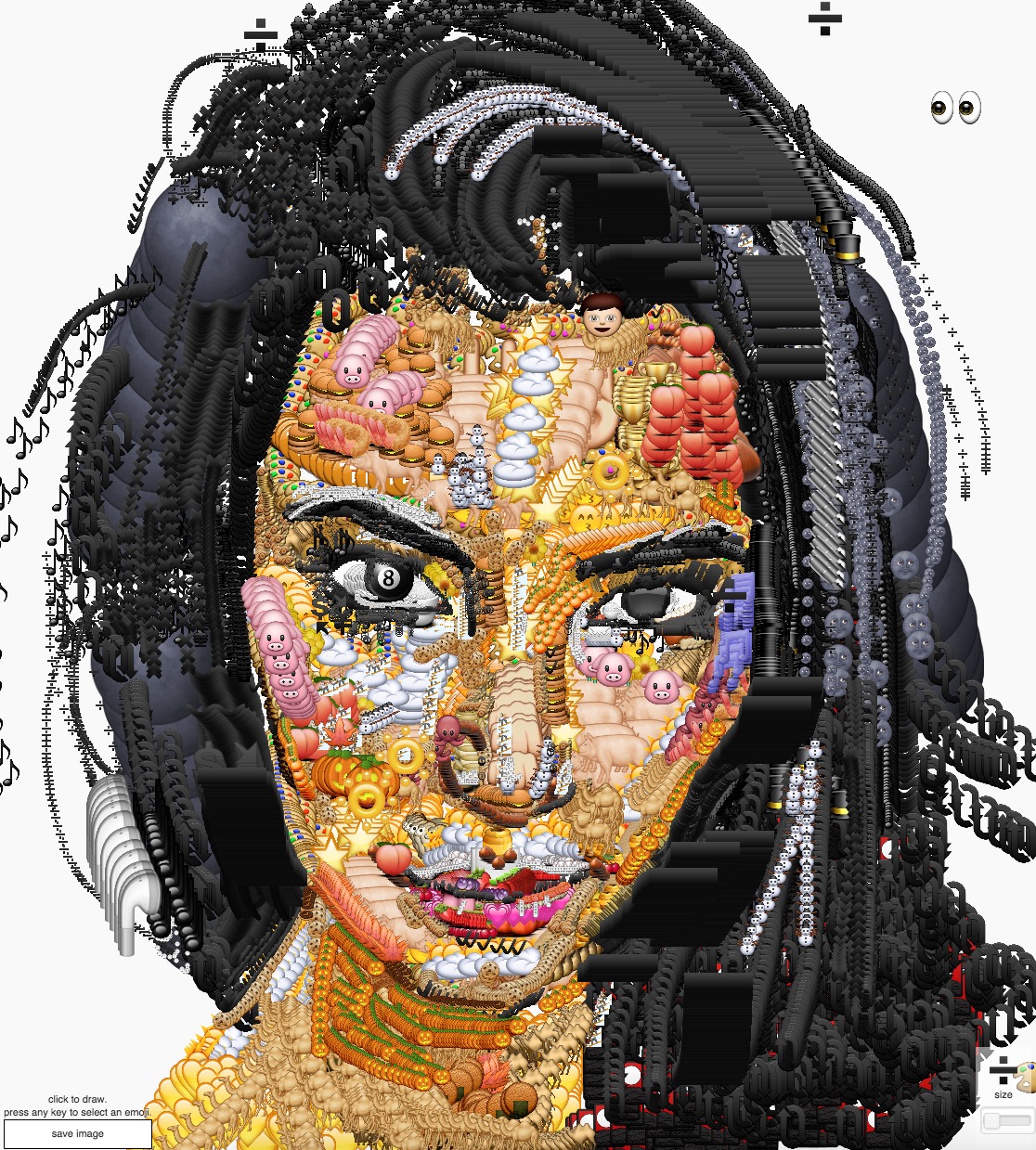 The innovation of this picture, if we place it on the Art History timeline, stands in the emoji brushstroke, which reminds us of Pointillism. Pointillism is a painting technique emerging in the 19th century and consisting in applying small distinct dots of color on the canvas in order to form an image (portrait, landscape etc.). Even though this technique is firstly used by Georges Seurat, Camille Pissaro remains a reference thanks to the fact that he is, locally and internationally, better known. 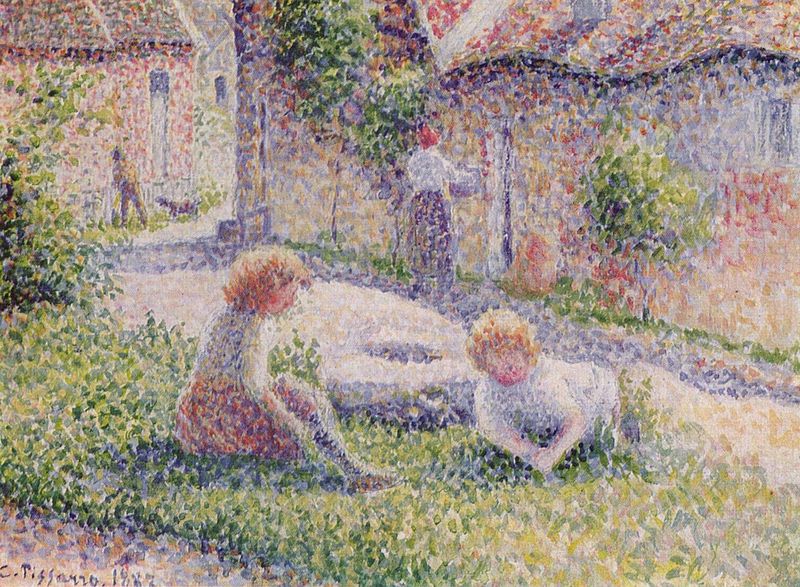 In 2016, a bit before MoMA announced the big news, the Cantor Gallery LA, transformed some emojis into alter-egos of famous painters. And we all know that when art galleries adopt new artistic ideas generally those ideas end up by getting an unwavering authority.

Art or not art? They look aesthetically appealing, but is that enough to call it Art? Undoubtedly it is a major eductional tool because people can have fun and also learn something about art history by useing these emojis.

Here are some examples of emoji painters: 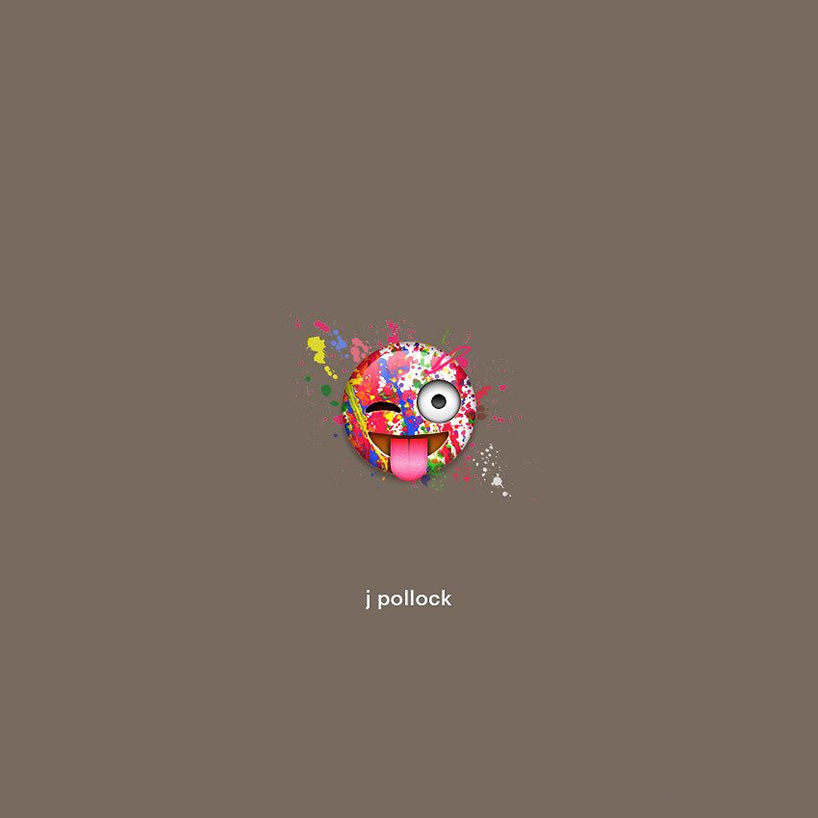 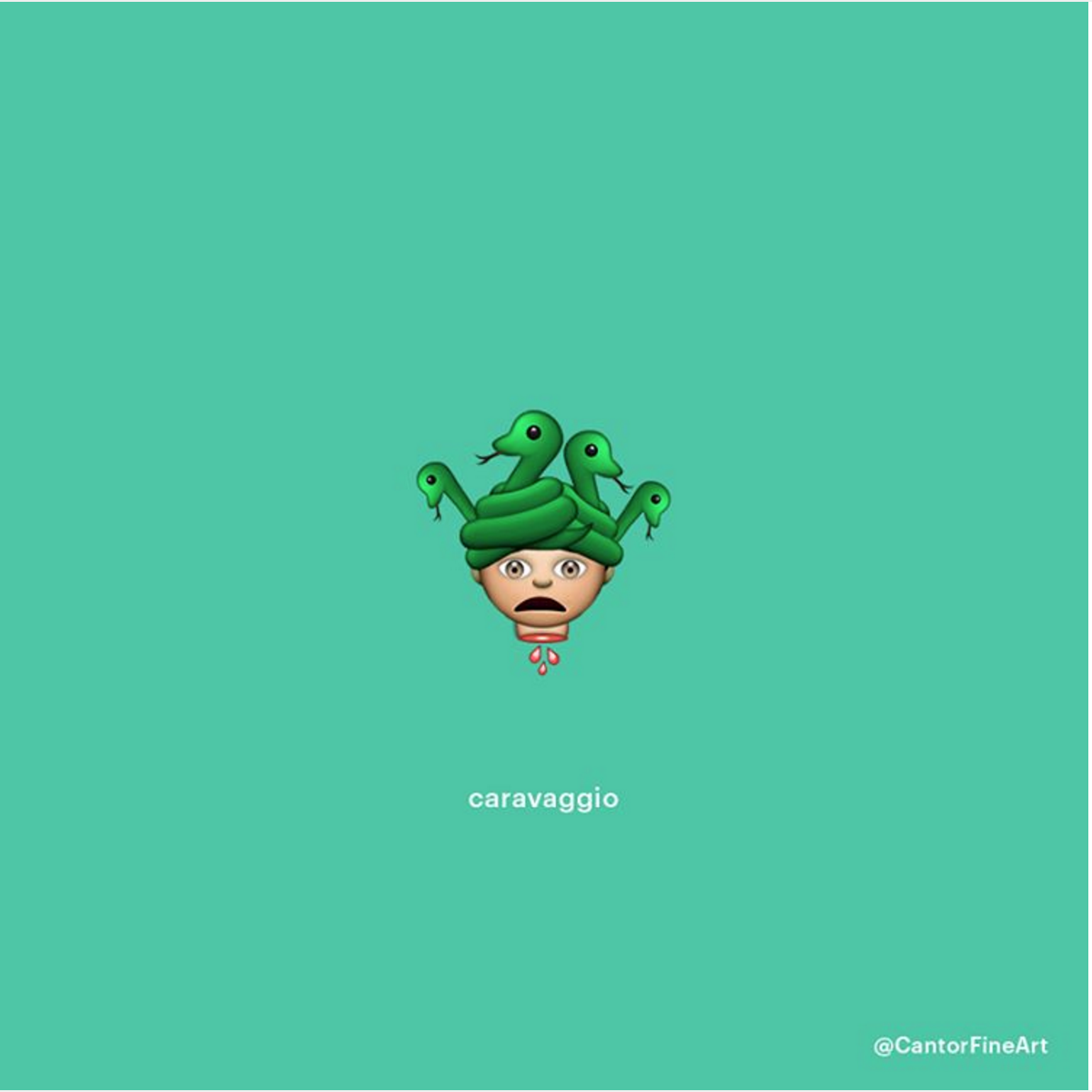 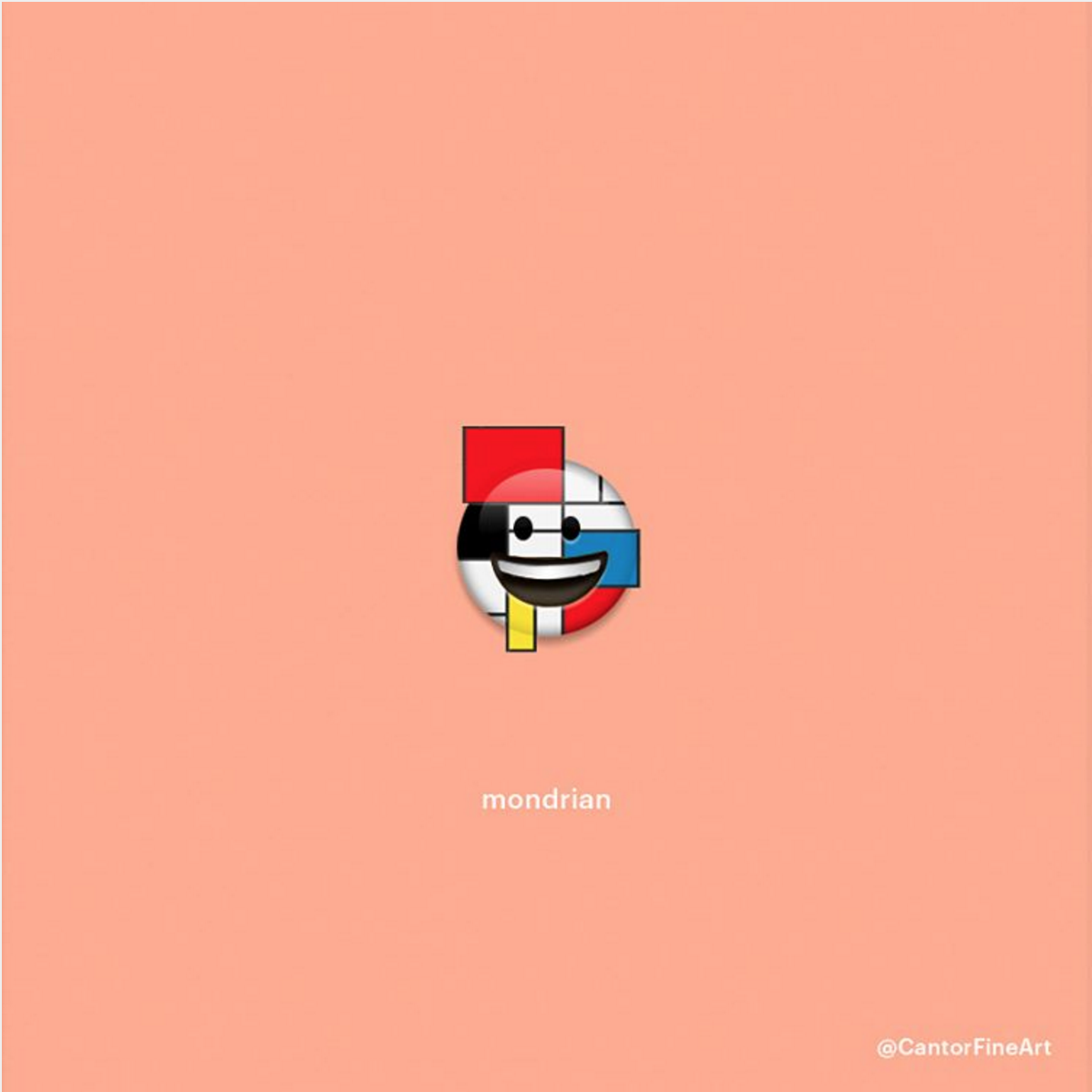 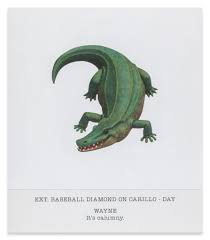 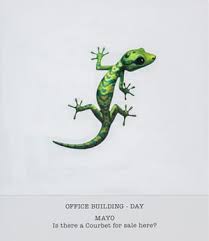 Baldessari said to The Guardian :

“When I first saw emojis I thought, ‘How would they look if they were blown up large?’ Which I did and I liked the way they looked. I said, ‘I’m gonna make some paintings with giant emojis.’ And that’s it.“

Well, the explanation reflects perfectly Berkeley's "esse est percipi" (to be is to be perceived).

Meanwhile a new building with 22 emojis on its façade was inaugurated in Amersfoort, in the Netherlands. Chagiz Tehrani, the architecte, told The Verge :

“In classical architecture they used heads of the king or whatever, and they put that on the façade. So we were thinking, what can we use as an ornament so when you look at this building in 10 or 20 years you can say ‘hey this is from that year!’” 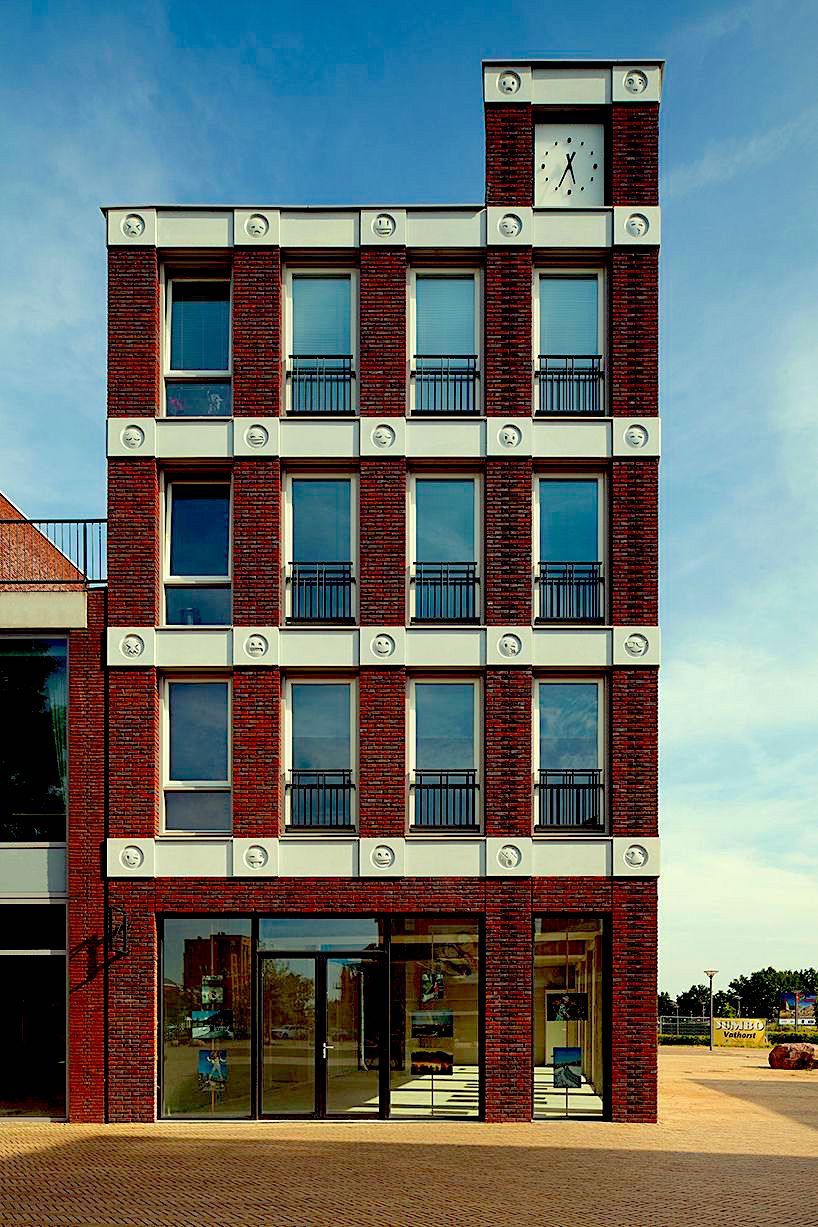 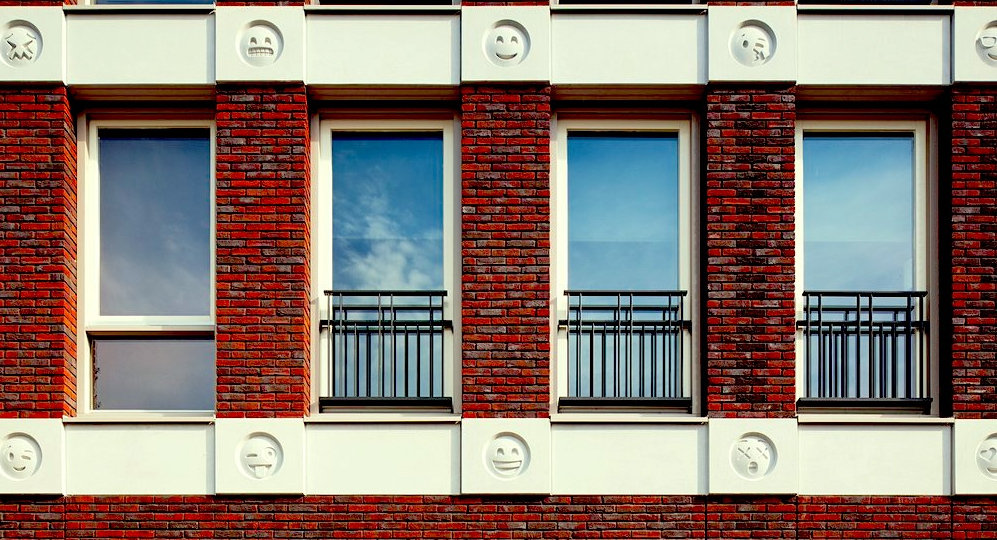 We have to admit that Tehrani has a point. Every century has its own architectural landmarks, so maybe emoji reflects the best the spirit of our contemporary era.

Art must find new forms, new means of expression, but is the materialization of the digital world one of the solutions? Is the public ready to embrace emoji as art, given its trivial aspect in every day conversations? Can we think, from now on, every time we write a message “Hey, I am using art to express myself?“

And if you think that this is madness, then go take a look at Paris Review, a platform where Emoji Poetry Contests are being organized. Yes, people don’t need letters anymore, they have emojis. And after all, why bother with the alphabet when “A picture can tell a thousand words“? 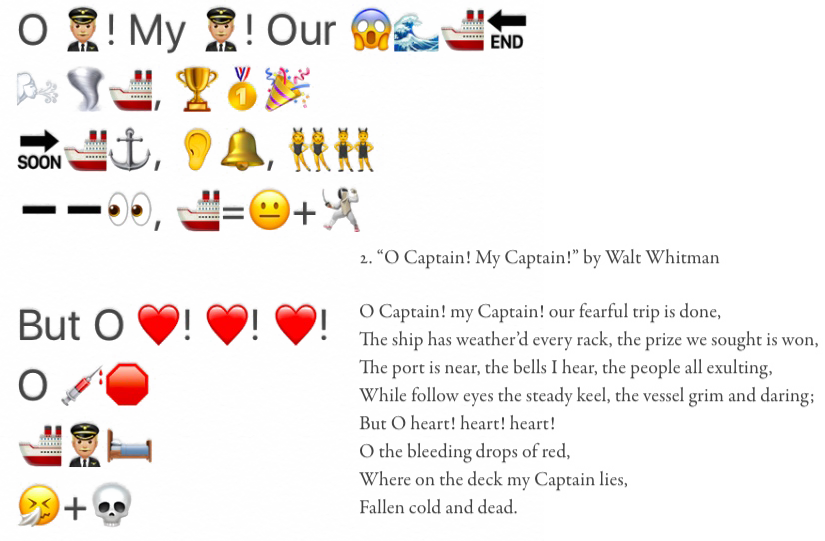